Get a Handle on Your Hormones With Seeds

Most of my young adult years were emotionally tumultuous. I suffered from depression, anxiety, acne, excessive fatigue, a low sex drive, night sweats, and was frequently irritable and teary. It was confusing for me because at that age, no significant traumas had occurred, my career was ramping up nicely, I was seeing the world, and maximizing my social life. Yet, despite the fun and adventure, any mild inconvenience or deviation off course, would cause my psyche to launch rockets of anger, panic, anxiety, and depression.

Some days, the mood swings were so severe, I had take a sick day. No meetings, no phone calls, no friendly conversation at the coffee shop. I was head down if I happened to venture out. During those times, I would climb into my hole of despair even when the sun was shining and the world was ripe with nectar.

I had been on Depo-Provera for birth control in my early twenties. Once I stopped, my periods did not return, but I had all the symptoms of a PMS lunatic. I looked forward to the precious eight to tens days each month that I would actually feel “normal.”

In moments of solitude, I frequently wept and sobbed from frustration and believed something was critically wrong with me. I was so disconnected from myself and the only avenue I knew to take was that of conventional medicine.

My doctor visits were strung together like cranberries on a holiday garland. There were so many I couldn’t keep track of who was advising what, prescribing which medication, and when I was to follow up again.

The circus of medical professionals I was seeing included a psychiatrist, endocrinologist, ob-gyn, family physician, and a therapist. Each tried earnestly to conclude the source(s) of my many symptoms. The diagnoses included (at varying times) thyroid dysfunction, progesterone deficiency, estrogen dominance, Low-T, and Epstein bar. I was even diagnosed with depression and anxiety disorder, and to really top it off, was considered pre-menopausal (What?! I was younger than 25!)

I was put on hormone creams, thyroid medication, testosterone, DHEA, Spironolactone, the pill, the ring, and a variety of hormone balancing medications. My psychiatrist had me talking Celexa and Lexipro for anxiety and depression. Blood draws occurred in regular quarterly intervals, and I was beginning to socialize with my conventional medicine clan more than my friends and family. And…nothing got better.

Finally, after years of traveling through desolate medical terrain, I chose to return home to my internal dialogue that was telling me I needed to walk a different path. I needed to stop cramming the cocktail of pills down my throat, and stop seeing all the med pros.

I stopped taking the pills. I stopped seeing my shrink and all other doctors, and I booked an appointment with a naturopath. Be advised, I do not recommend anyone quit his or her treatments cold turkey without seeking professional guidance.

My naturopath, Tracy––a glowing picture of health sat across from me in her beautiful and tranquil office. She listened intently and took detailed notes as we made our way through a thorough 90-minute Q&A. Her eyes bugged out as I showed her all of my medical reports, and as she listened to me tell the tales of my hellish journey.

I could go on for weeks about the contrasting experience I had in just that single visit, but it’s important I get to the treatment that worked brilliantly to help me return to normalcy.

She suggested I complete urine and saliva testing (much more accurate than blood) for my hormone, thyroid, and cortisol levels. Then she said that no matter what the results might show, she was starting me right away on a seed cycling program.

I sat there for a minute trying to figure out what style of cycling the “seed” variation was and how in the hell it was going to help my depression, irritability, and fatigue. Then she went on.

Seed cycling is a natural approach to hormone regulation, and when our hormones are in healthy balance, the rest of us are too, so long as we are emotionally well and living a clean lifestyle.

This natural approach is used with great success to balance female hormones and corresponds with the phases of the moon. Seemed reasonable to me. If the moon controls the tides and we are composed of mostly water, we too could very well be regulated by the moon phases. I continued to listen.

During the New Moon––Follicular Phase (from period to ovulation, or days 1-14), estrogen slowly builds and then peaks. For ovulation to occur, progesterone shows up to lead us into the Full Moon––Luteal Phase (the time between ovulation and when our period arrives again.)

All kinds of imbalances can occur during these two phases, but the most common are the deficiencies and dominance of estrogen and progesterone. Any imbalance between these two results in a variety of debilitating symptoms like those I had experienced for so long.

Seed cycling regulates our entire cycle by supporting hormone production in the right amounts, and the metabolization of these hormones. Different seeds contain different amounts of lignans and essential fatty acids. Lignans help our bodies bind up and block excess hormones, whereas fatty acids aid in hormone production.

During the follicular phase, ground flax, which is rich in lignans and blocks excess estrogen, is introduced. So are ground pumpkin seeds as they are high in zinc and support the release of progesterone. A total of two tablespoons each day (one tablespoon of each seed) are consumed.

During the luteal phase, ground sunflower and sesame seeds are eaten. They are also high in lignans and help to metabolize the hormones. Again, two tablespoons (one of each) are recommended.

I drove straight home from Tracy’s office and jumped right in with ground flax seed (flax meal), since I was mid-way through the follicular phase. I sprinkled it on my hot cereal that morning and then continued the next day, and then the next. I stuck to her suggested protocol with conviction every day for weeks.

My saliva and urine tests did come back showing a significant hormone imbalance, but something told me I’d be feeling better in no time if I saw this treatment through.

Three months later I followed up with Tracy. I would have sooner had money been more plentiful, but I had spent it all on medical bills! I had been seed cycling like a champ! She asked me how I was, and I said I felt like a new woman. She wasn’t the least bit surprised.

This isn’t to say it corrected every symptom I had. It also isn’t to say that this natural approach will work 100%, 100% of the time, but if you struggle with hormone imbalance, it is certainly worth a try.

Years later, I am still seed cycling and haven’t taken a single hormone or hormone supplement. I have marked on my calendar the two days each month (the New Moon and the Full Moon) and the seeds that I am to eat for the next fourteen days.

Sure, I’ve had bumps in the road, with ups and downs in health, we all do. But, I am free of drugs and feel “normal”. This approach works for me and perhaps it will for you. What do you have to lose? After all, they’re just seeds.

Recent Posts
Want to be a Health Coach? 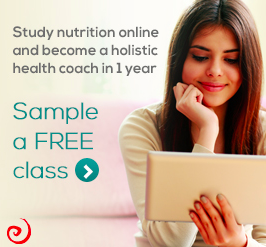 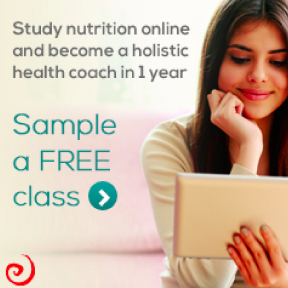